When I was first starting my business, I had no idea what I was doing. Most days, I still don't feel like I entirely know what I'm doing...but I do feel like I've learned a lot since 2013!

I first started making greeting cards in 2011 after I came home to California from Italy. This was the early days of Pinterest being such a reliable resource for information. This was also pre-Instagram being the end all, be all for advertising and networking. Blogging was at its peak and it was wonderful! But it was still hard to find resources and other stationery artists willing to divulge their secrets so a lot of things I learned were by trial and error, and also working with a tight budget.

And so! I wanted to share some of my favorite tools and suppliers I've discovered over the last 9 years of working and growing Sketchy Notions from my first failed market to being carried in over 100 stores between the US and Canada!
**Please note: This is NOT the end all, be all bible list of how to start/run your business! These are just some things I've learned and products and resources that I've grown to love and wish I had known about back in the early days to building Sketchy. A lot of these links are affiliate links too, which means I get a teeny bit of money for sharing. But I only share products and services that I personally love and use :) 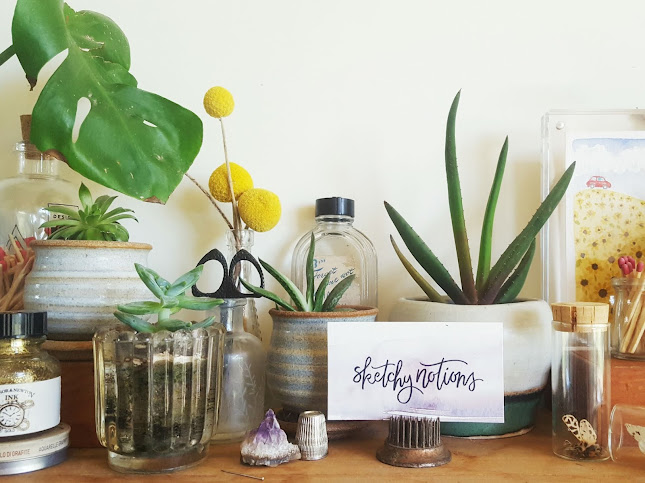 Coloring for a cause

Hey friends, it's been a *minute* since I last blogged. It feels like the world has blown up and is trying to heal itself with everyone at arm's length.

Not much has changed around the Sketchy bubble. The daily routine is still working on commissions, printing and packing orders and staying at home snuggling our cat Pepper as much as possible. Add in more reading and listening podcasts to stay on top of current events and educate myself on how we got here...that about sums up these past days...weeks...months.

To try and do some good, I made some more coloring pages. This time the theme is "Black Lives Matter" because, well...they do. Color them and hang in your windows...use them as a talking point to discuss what's happening with your kiddos...blow them up and take them to marches! I'd love to see how you use them so please tag me on Instagram! 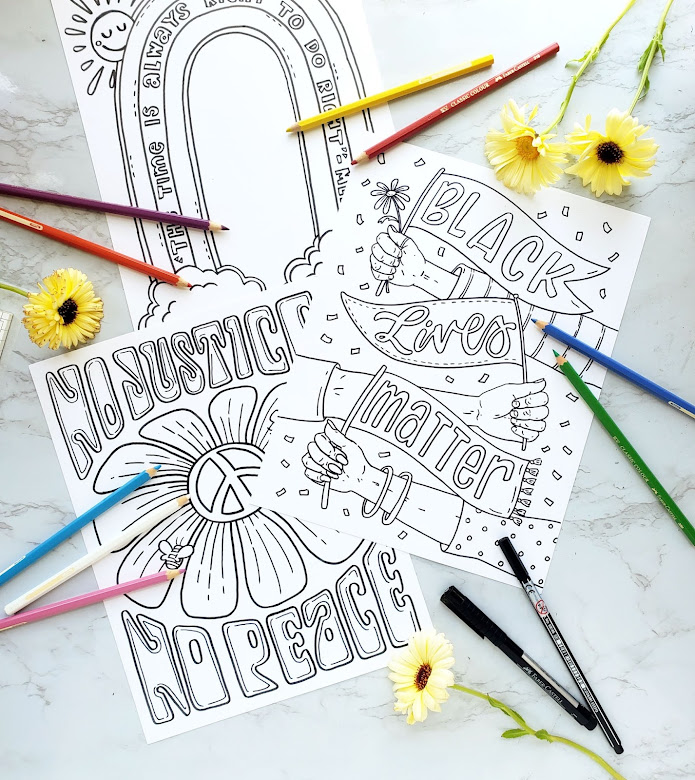 These are available for free to download on the Sketchy Notions freebie page or right here at this link.

If you want to also donate to Campaign Zero, you can buy these three coloring pages in the Sketchy Notions shop instead. About $5+ from every purchase will be donated to Campaign Zero (the extra change is used to cover transaction and listing fees). 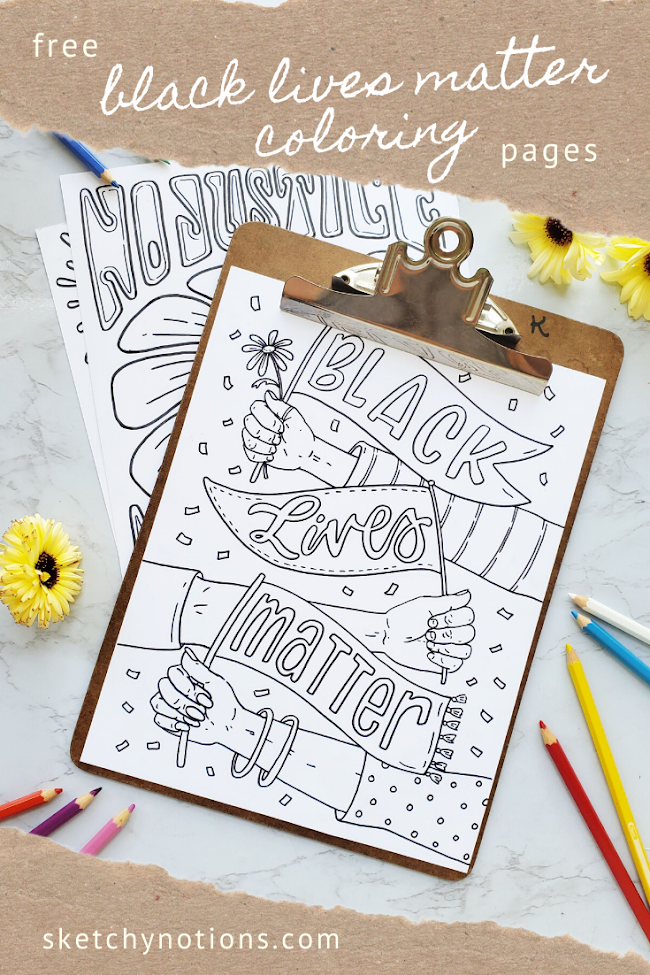 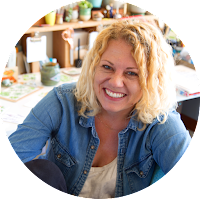